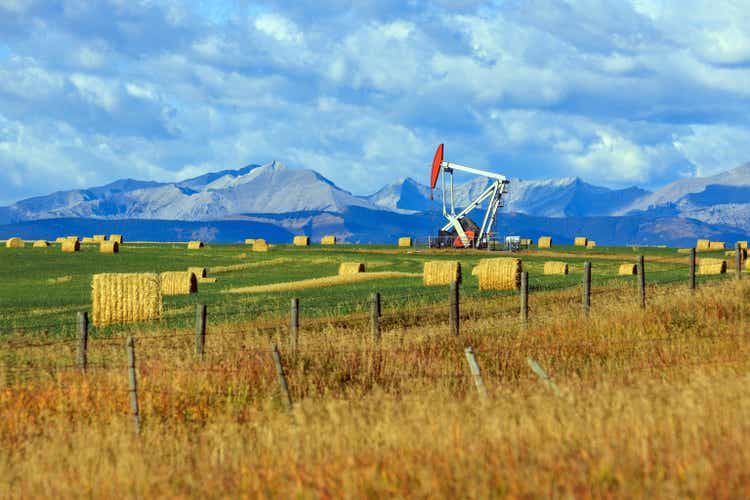 Written by The Investment Doctor on September 19, 2022. Posted in Canada.

Pieridae Energy (TSX:PEA:CA) is a natural gas producer in Canada that is still flying under the radar. That’s a strategy the company employed when it was permitting an LNG plant on Canada’s east coast to avoid attracting negative attention, but now, Canada doesn’t seem to be too interested in building LNG plants on the east coast (and getting other plants permitted has been a painfully slow process), so in this article, I will look at Pieridae Energy from a natural gas production perspective. Now the potential LNG plant doesn’t appear to be happening any time soon, I will solely look at Pieridae from a ‘current’ investment profile.

Pieridae’s most liquid listing is its primary listing on the Toronto Stock Exchange where the company is trading with PEA as its ticker symbol. The average daily volume in Canada exceeds 300,000 shares per day. Pieridae currently has 158.2M shares outstanding and at the current share price, of C$1.25, the market capitalization is just under C$200M.

Pieridae’s main business strategy was to get an LNG plant permitted and up and running on the east coast. The company didn’t want to be too dependent on third-party natural gas sales, so it slowly started to acquire its own natural gas projects in Canada ahead of getting an LNG plant approved. This allowed Pieridae to build quite a sizeable natural gas production platform, which helped the company to rapidly improve its balance sheet thanks to the very high natural gas prices in the first half of the year.

As I consider the average natural gas price of in excess of C$7 to be exceptionally high for AECO gas (the current spot price is just over C$4 and on certain days in August the spot natural gas price even turned negative), I will look at Pieridae from an H1 perspective.

During the first half of the year, the average production rate was approximately 38,000 barrels of oil-equivalent per day, and unfortunately, Pieridae was unable to take advantage of the strong natural gas price as it has hedged a portion of its production. A prudent move considering the balance sheet contains a working capital deficit as well as a net debt position (I will discuss this later), but the average realized natural gas price of approximately C$4.35-4.40 is pretty close to the current spot price and that allows me to have a look at Pieridae from a more ‘normalized’ earnings perspective.

The total revenue in the first semester just exceeded C$254M and after making the C$42M in royalty payments and receiving the C$14M in revenue from third parties, the total reported revenue came in at just under C$226M. An increase of almost 50% compared to the first semester of last year. The revenue already includes the impact of the existing hedges.

The total operating expenses increased just slightly to C$192M and as you can see in the image above, the finance expenses are pretty high, at in excess of C$50M per year. That’s mainly related to the debt position and the cost of debt.

The net income generated during the semester was just over C$335M which works out to C$0.21 per share. About 2/3rds of the net income in the first semester was generated in the second quarter thanks to the high natural gas price which – despite the existing hedges – helped to boost the result.

The operating cash flow was just over C$38M on a reported basis but after isolating the changes in the working capital position and covering the C$0.8M in lease payments, the adjusted operating cash flow in the first half of the year was approximately C$76M. As the company spent just C$13M on capital expenditures, the underlying free cash flow was C$63M. And again, this is based on an average realized natural gas price of just around C$4.35-4.40.

A substantial portion of the free cash flow was used to reduce the debt: during the first semester almost C$30M of the long-term debt was repaid, and about 90% of this was repaid during the second quarter due to the ‘cash sweep mechanism’.

Unfortunately, the balance sheet was (and still is) in need of repairs

The cash sweep agreement helps Pieridae to stay on its course: right now the net debt needs to come down fast. Not just because the absolute and relative amounts are relatively high, also because the cash flows are suffering due to the high cost of debt: as of the end of June the average interest rate on the term loan was 20.4%.

This means that by simply repaying about C$30M in the first semester, the interest expenses will decrease by about C$6M per year, boosting the free cash flow result by C$0.04 per share. Based on the Q2 results, Pieridae was required to make another C$13.5M cash payment on the term loan so the gross debt and net debt will continue to decrease. I expect the company to end 2022 with a gross debt level of about C$75M lower than the YE2021 net debt of C$204M (as of June, the net debt was C$191M).

And that could pave the way for a massive improvement in the terms of the remaining gross debt. The entire term loan matures in October 2023, one year from now. And if Pieridae is able to reduce the net debt to, say, C$100M by that time (which should be a relatively easy task unless PEA suddenly wants to rapidly increase its production rate) and if the term loan could be refinanced at a rate of 11-12% (which would still be relatively high), the interest cost saving could be enormous.

We started this year with C$231M in gross debt, which is costing the company roughly C$46M per year in interest expenses. Assuming C$100M of debt can be refinanced at a 12% cost of debt, the interest expenses will fall to just C$12M. This C$34M interest cost saving would immediately flow to the shareholders and boost the free cash flow by almost C$0.25 per share per year.

Q3 will be bad, but the future is looking better

Based on the full-year guidance, the production rate should increase by a few percent in the second half of the year, but Pieridae will also ramp up its capital expenditures as it plans to spend C$17-22M on sustaining capex and C$25-30M on growth capex. Assuming a full-year capex bill of around C$45-50M, the capex in H2 2022 will likely be double the H1 capex. That’s fine as Pieridae is obviously still making good money at the current natural gas prices. The hedges are now slowly rolling off as well but Q3 will still be a difficult one for the company as about 60% has been hedged at C$2.66. Using a spot price of C$4 for the unhedged production, the average realized natural gas price will be just around C$3.20.

But from Q4 on, the portion of the production that has been hedged is sharply decreasing. In Q4, just 25% of the output is hedged. Applying a spot price of C$4.50, the average realized natural gas price would come in at around C$4 and the cash flow machine will start spitting out cash again.

This makes Pieridae a very interesting call option on the natural gas price. The cash inflow in the first semester was used to rapidly improve the balance sheet and after what will be a tough Q3, Pieridae should be more exposed to spot prices which will result in an improved financial performance. Now, and the next few quarters, the focus will be (and should be) on balance sheet management. But a debt reduction in combination with an interest rate reduction upon the refinancing of the term loan in Q4 2024 will accelerate the free cash flow result.

Taking all elements into consideration (including the capex increase in H2), Pieridae Energy is currently trading at just two times the underlying free cash flow. The market clearly still is worried about the balance sheet, but the situation is looking better by the day. If you expect the AECO gas price to remain above C$4 for the next two years, Pieridae Energy is definitely a candidate to have a look at as the share price simply will have to re-rate as the balance sheet risk goes down.