Written by MJBizDaily Staff on September 21, 2022. Posted in Canada.

Edmonton, Alberta-based Aurora Cannabis has been deleted from the S&P/TSX Composite Index, according to the latest quarterly review announced by S&P Dow Jones Indices.

The S&P/TSX Composite is the primary gauge for Canada-based, Toronto Stock Exchange-listed companies.

Aurora’s stock was originally added to the index in 2018.

A news release by S&P Dow Jones Indices – a division of S&P Global – doesn’t specify exactly why Aurora and three other companies were dropped from the benchmark index stemming from the routine review.

The other companies were:

Oher companies took the deleted businesses’ spots on the index.

Aurora’s stock, which is still traded on the Toronto Stock Exchange and Nasdaq, has fallen approximately 75% over the past 12 months.

Back in March, Canopy Growth Corp. was removed from the S&P/TSX 60 Index.

Canopy had been added to that index in 2019.

The Smiths Falls, Ontario-based company’s stock had fallen almost 90% since its debut on the index in April 2019. 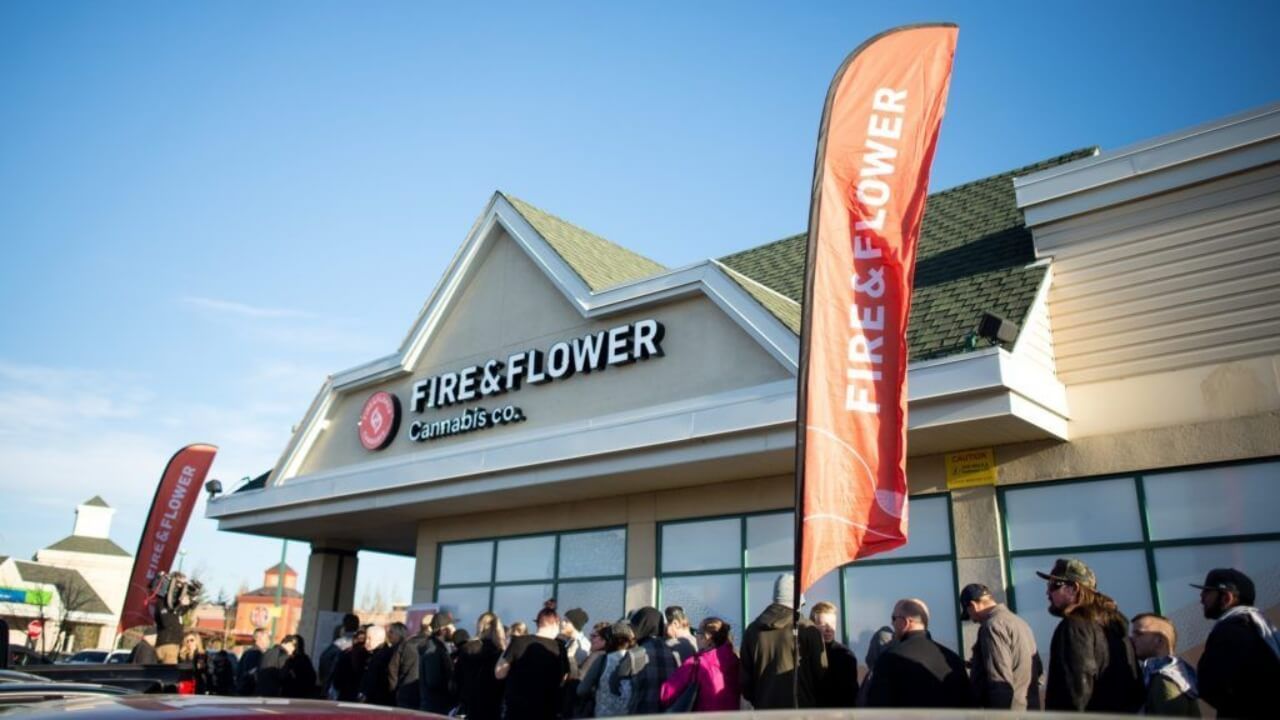 Written by MJBizDaily Staff on September 16, 2022. Posted in Canada.

Revenue of CA$40.7 million for the quarter was 6% lower than the same period one year ago, even though overall industry sales grew substantially over the same period.

The results were below expectations of analysts, who attributed the weaker-than-expected performance to a reduction in store count.

The company had 101 operational stores in the previous quarter, but that number fell to 92 after the closing of underperforming locations, according to a report by Alberta-headquartered ATB Financial.

“Fire & Flower remains focused on the transformation of our business and strategic opportunities with a goal to deliver positive adjusted EBITDA and free cash flow,” CEO Stéphane Trudel said.

He noted that the Toronto-headquartered company is focusing on near-term initiatives, such as its membership pricing program.

“Our member pricing program has generated success by getting customers back in our stores, and we will look to maximize the margin opportunities from all programs focused on driving gross profit dollars,” Trudel said.

A bright spot, however, is retail revenue increasing 2.7% quarter-over-quarter despite the reduction of nine retail stores.

The company also announced a change to its board.

Suzanne Poirier, an executive at Quebec-based Alimentation Couche-Tard, joined the board, replacing Guillaume Léger on Aug. 12.

Shares of Fire & Flower trade on the Toronto Stock Exchange as FAF.

The retailer plans to list its shares on the Nasdaq exchange.