This Cannabis Company Just Took a Massive Step Toward the Mainstream

Buzzworthy news that can lead to more investing exposure is exciting for under-the-radar companies. On April 20 — which just happens to be known as an unofficial marijuana holiday — Auxly Cannabis Group (OTC:CBWTF) began trading on the Toronto Stock Exchange (TSX). But make no mistake, this is not a new company, and not a first listing. 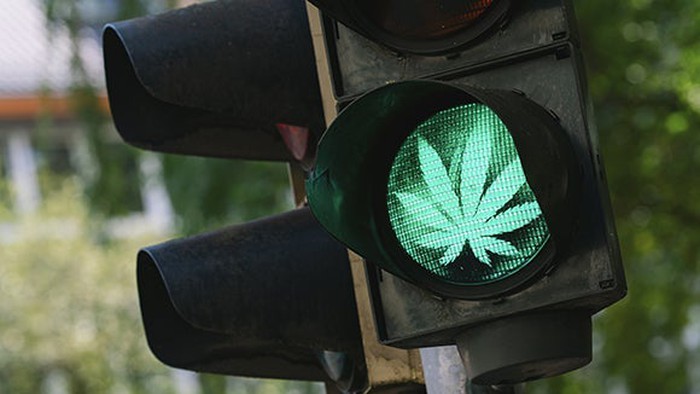 As a consumer packaged goods company, Auxly shells out millions of dollars in exchange for a decent sized piece of the crop, along with minority equity interest in its partner companies. When marijuana was still illegal in Canada and financing was difficult to come by, Auxly was there to help producers create facilities and begin production. Auxly ends up with part of the crop production as well as part of the sales. In a booming market, that sure seems like a great business situation. What’s been keeping the average investor at bay, however, is Auxly’s dilution of its own shares.

After providing financing to its production partners, Auxly has sometimes turned to underwriters to obtain additional financing by selling off shares, further diluting the shares that its investors were counting on to grow. In addition to avoiding extra dilution, the next hope is that revenue will continue to grow as a result of continued success from production facilities, expansion, and new sales channels.

Auxly is moving in the right direction in order to generate the revenue it needs to reach profitability. After being practically flat for the previous two years, the company just reported tremendous annual revenue growth of 508% on a year over year comparison, to $50.8 million for 2020. Analysts’ forecasts are projecting continued growth through 2024 and beyond.

Along with that explosion in annual revenue, the company can now make claim to the number one ranking for licensed producers in Cannabis 2.0 — cannabis derivatives such as vapes and edibles — product sales for the year, and a 14% market share in that category, including 19% of the vape market and 12% in edibles. On top of that, it also recently announced its first entries into the flower market through its Robinsons premium craft dried flower and Kolab Project Growers Series, both of which could lead to additional revenue gains. Analysts have taken notice of the recent moves and have given Auxly a 12-month price target average of $0.40, with a high of $0.50 by Mackie Research. Hitting that average target would provide investors who get in now with a nice little 38% gain over the current price of $0.29.

Through the eyes of an investor, a 38% gain is welcomed; but some have their eyes on the bigger prize that could come along with a listing on the TSX.

Here are a few of the benefits for investors when a company uplisting takes place.

The launch pad is in place. Now, it’s just a matter of making sure the boosters are ready to fire in all phases. One way to make sure that can happen is to keep expenses in check. 2020 results showed that the company is capable of doing so, by keeping fourth quarter SG&A expenses below $10 million, and a sequential decline for those expenses for all four quarters of 2020, resulting in a 3% annual decline when compared to 2019. With the company coming off of a solid 2020, and a record fourth quarter net revenue of $18.3 million, Auxly has momentum on its side.

If 2021 sees continued momentum, this under-the-radar company will reach more investors. As for the importance of the TSX listing, I will refer back to my opening paragraph. Auxly is not a new company, nor is it a first listing. Early indications, based on stock price movement, don’t seem to support the event as a primary factor in whether this rocket is ready to blast off just yet. I, for one, will keep my eyes toward the sky for Auxly, while my attention will be focused squarely on revenue and earnings, with the hope for a bit of a profit. First quarter numbers — expected by May 30 — may be a better gauge for investors to go by for now.

This article represents the opinion of the writer, who may disagree with the “official” recommendation position of a Motley Fool premium advisory service. We’re motley! Questioning an investing thesis — even one of our own — helps us all think critically about investing and make decisions that help us become smarter, happier, and richer.